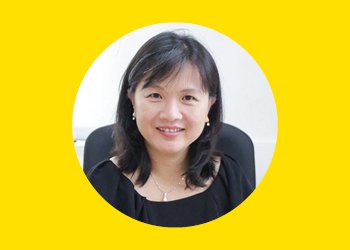 In 2020, more than 18 million individuals were diagnosed with cancer and nearly 10 million died of the disease, more than half of whom were Asians. The good news is that cancer survival has improved because of advancements made through the development of new therapies, and the development of new ways to detect the cancer early (when cancers are more curable) and to prevent the disease. The bad news is that the majority of research has been conducted in North America and in Europe, where the population are mainly of European descent, and the data does not always apply to the Asian population. The reasons for this are different genes, lifestyle factors and environmental factors – all of which affect the risk of disease and the response to treatment.

Cancer Research Malaysia is on a mission to change that. By conducting research in the Asian population, they are developing new ways to prevent cancer, to detect it at early stages, to treat it more effectively, and to improve survivorship among Asians.

All of these studies are cohort studies where we invite Malaysian women who have either been diagnosed with cancer or who are healthy and unaffected by cancer, to contribute to research to help us understand the lifestyle and genetic factors that are associated with breast and ovarian cancers. Before we started this in 2003 (for breast cancer) and in 2008 (for ovarian cancer), there were very few studies in the Asian population, and doctors had no choice but to use data from European women to provide guidance to Asian women. Because of the Malaysian cohort studies, we now know that 1 in 25 breast cancer patients and 1 in 9 ovarian cancer patients have inherited an altered version of the breast cancer predisposition gene, BRCA1 or BRCA2.

Using this data, we have built a web-based tool (called ARiCa or Asian Genetic Risk Calculator) that enables doctors to determine a woman’s likelihood of inheriting this gene. We are using this to improve access to genetic testing that could guide more appropriate treatment for the patient, and open up the possibilities of cancer prevention among family members. Significantly, similar tools which have been developed for European women have an accuracy of 90% in European women but less than 20% in Asian women, whereas ARiCa has an accuracy of >80% in Asian women – so, an important take-home message is that cancer research has to represent the diverse populations globally in order to benefit people of different ancestry equitably.

“There were very few studies in the Asian population, and doctors had no choice but to use data from European women to provide guidance to Asian women.”

In addition, building on the Malaysian studies, we led a study involving more than 45,000 Asian women living in more than 10 different countries and identified a new way of accurately predicting a woman’s risk of breast cancer. Today, all women are told to attend mammograms regularly from the age of 50, but we know that only a small proportion of these benefit from screening. Using this tool, we could potentially help women understand whether they are in the group that are at higher risk and benefit from screening, or they are at lower risk – this has not been possible previously, and we hope that this can transform the early detection possibilities for Asian women.

But being able to accurately identify women at higher risk of disease is only part of the solution – we are also working on ways to prevent cancer in these individuals. We have recently completed a study examining whether drinking 2 glasses of soy a day can reduce the risk of cancer in older women (those approaching or undergoing menopause), and a current focus is to examine how the milieu of female hormones in Asian women can be balanced to reduce their risk of breast cancer.

“Cancer research has to represent the diverse populations globally in order to benefit people of different ancestry equitably.”

You and your team have also created the largest dataset of Asian breast cancer genomic maps. What is the significance of this dataset?

The genes that we inherit from our parents are present in every single cell in our body and these influence our risk for different cancers. Some of these genes are altered when a normal tissue develops into cancers, and these genetic changes (also called somatic or cancer-specific alterations) can determine which treatments will work to cure that cancer. Previously, the study of cancer-specific alterations was only available in women of European descent – imagine that in 2015, only 2% of the studies were in Asians!

Taken together, these data show that there are subtle differences in Asian breast cancers that could impact the treatment of cancers in Asians, and these could not have been predicted by just looking down a microscope – we needed to do the genetic and genomic studies to uncover these findings.

“Data show that there are subtle differences in Asian breast cancers that could impact the treatment of cancers in Asians.”

Another achievement of you and your team is the identification of biomarkers which are currently being tested in clinical trials. Could you please explain what the significance of biomarkers is? Will the results of these clinical trials influence the treatment of cancer?

Previously, cancers were treated according to the organ in which they occurred because doctors and scientists thought that all the cancers in the same organ arise in the same way and therefore respond to the same treatment. We now know that this is not the case – for example, based on genetic and genomic studies, we now know that there are at least 10 different types of breast cancer, and treatments that work in one type of breast cancer do not work in other types.

To distinguish these, we use “biomarkers” – signals from the cancers that tell us what type of treatments to use. Significantly, because of the Malaysian Breast Cancer Genetic Study, we have developed 2 new biomarkers that could be used to choose treatments. The first is a gene that predicts the response to immunotherapy in patients with aggressive breast cancer, and the second is a biomarker that predicts the response to a new form of targeted therapy in patients with aggressive breast cancers.

We are now testing the accuracy of these biomarkers in predicting treatment response, and as part of the clinical trials, patients in Malaysia are receiving new treatments that they would not previously have had access to. If the trials show that the biomarker does indeed accurately predict response to treatment, then in the future, all patients with the aggressive breast cancers will be tested with these biomarkers and given treatments that can save their lives. This is the focus on precision medicine – to develop new ways of treating cancers based on the understanding of the precise type of cancers, and the studies we are doing are making an important contribution to precision oncology in Asians.

“Because of the Malaysian Breast Cancer Genetic Study, we have developed 2 new biomarkers that could be used to choose treatments.”

What are future research projects of you and your team?

Our goal is to save lives through impactful research in Asians. For ARiCa (Asian Genetic Risk Calculator), we hope to roll out this web tool to improve access to lifesaving genetic testing throughout Asia and to incorporate other features to further improve the accuracy of risk calculations. For genomics, we hope to continue to accelerate the development of treatments for Asians through the development of more biomarkers.

Other than the programs described above, we have developed a cancer vaccine for oral cancer, developed genomic-based screens to repurpose drugs for head and neck cancers, developed a mobile phone app for early detection of oral cancer, and are developing new ways to improve outcome for low-income patients.

“Our goal is to save lives through impactful research in Asians.”

How close is science to “preventing cancer and catching it early”, to take up the motto of this year’s World Cancer Research Day?

Cancer research is the only way to find new ways to prevent cancer and to catch it early! However, there are more than 200 different types of cancers, and each one has a different proportion which is preventable.

“Cancer research is the only way to find new ways to prevent cancer and to catch it early!”

What breakthrough in cancer research are you expecting in the next 5 to 10 years?

Thank you very much for your time and your insight, Professor Datin Paduka Dr Teo Soo-Hwang. 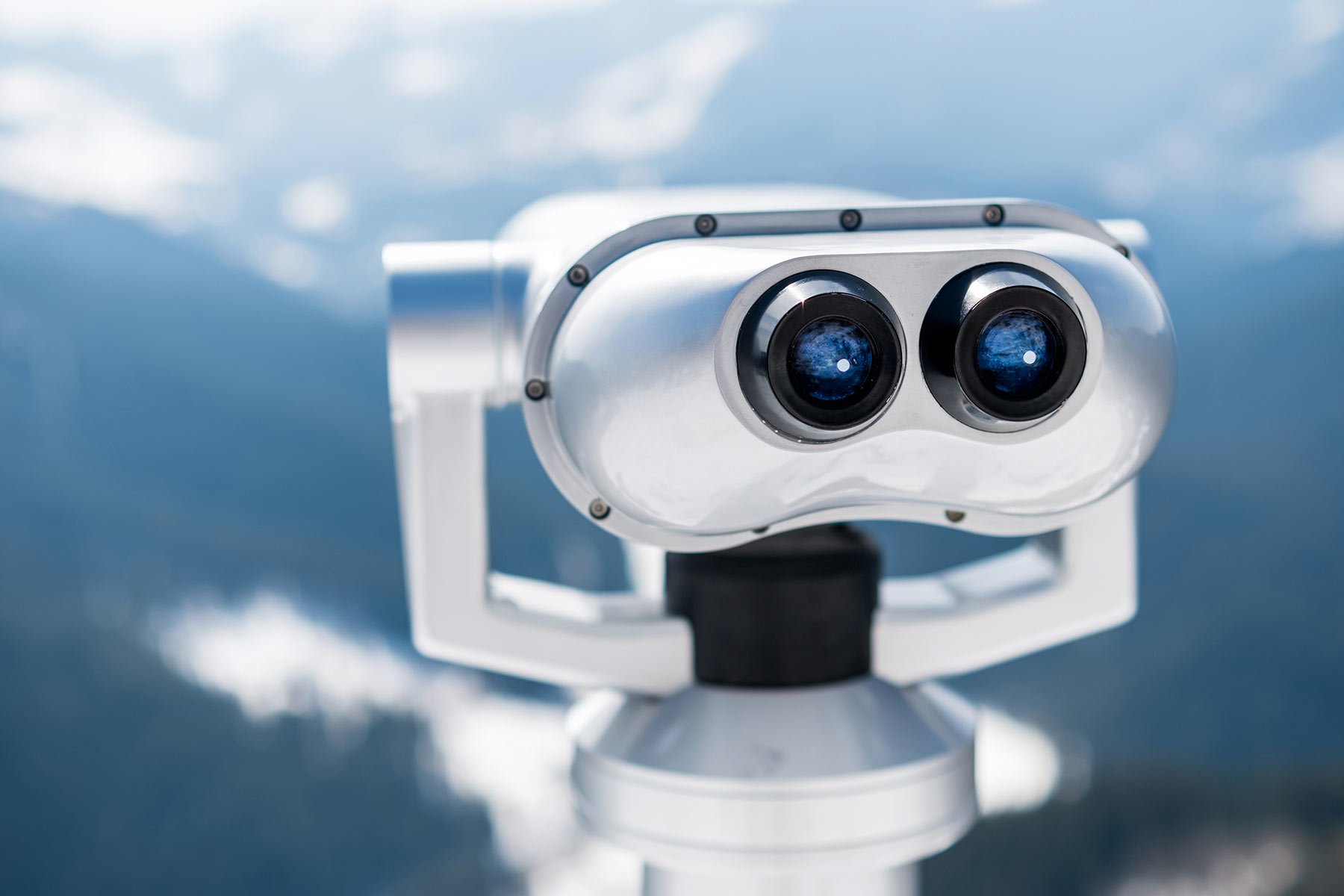