THE WAITING ROOMTell Me About ...Waldenström Macroglobulinemia: Types of Treatment – Chemotherapy

This is the seventh part of our series about the condition based on our patient booklet “Fast Facts for Patients: Waldenström Macroglobulinemia”. This blog post deals with the treatment of Waldenström macroglobulinemia (WM) by means of chemotherapy.

Chemotherapy drugs destroy cancer cells, usually by stopping them from growing and dividing.

Combining different treatments can improve their effectiveness. If you are treated with just one chemotherapy drug, any side effects are likely to be mild. But you may have more side effects if you have a combination of drugs.

Most treatments for WM are given in an outpatient clinic and you would not be admitted to hospital unless complications develop. Your doctor or specialist nurse can tell you what to expect. You should always tell them if you have any side effects and talk about your concerns. Very effective medicines are available to help with side effects.

Chemotherapy-based treatment for WM is given for 4–6 months and then stops. Sometimes the condition seems slow to respond. But most people do start to improve given adequate time, and it is important to avoid switching to a new therapy too soon.

One of the most common side effects of chemotherapy is being more prone to infections. Always let your doctor or nurse know if you have any signs of an infection, such as a cough, fever, shivering or shaking, so it can be treated straight away.

The most commonly used chemotherapies for WM are listed below. They can be given as the first treatment or later for re-treatment.

Cyclophosphamide may be taken as tablets or given into a vein (intravenously). It is usually given in combination with other agents, such as dexamethasone (a steroid) and rituximab (a monoclonal antibody; in the DRC regimen. Or it can be given as part of the CHOP regimen, which is made up of cyclophosphamide, hydroxydaunorubicin, vincristine (or oncovin) and prednisolone.

Bendamustine is given as a drip into a vein. It is usually given on days 1 and 2 of a 4-week cycle in combination with rituximab, which is given only on day 1 of the cycle. Bendamustine can be used in people who may need a stem cell transplant in the future. It is given for up to 6 cycles. Antibiotics are given with bendamustine to help avoid infections. Any blood transfusions need to be irradiated (your clinical team can explain this in more detail).

Chlorambucil is taken as a tablet and usually given for 7–10 consecutive days per month for 6–8 months. It may be given with a steroid called prednisolone and with rituximab. Chlorambucil should be avoided if a stem cell transplant is being considered as it makes it difficult to collect stem cells later. It is generally avoided in younger people.

Steroids are often used as part of the treatment as they can make chemotherapy more effective. They can be given as tablets or an injection into a vein (intravenously). Side effects include fluid retention, weight gain, restlessness, agitation and sleep disturbance, and a tendency to high blood sugar and high blood pressure. These effects are temporary and usually stop when treatment finishes.

There are some chemotherapy drugs that are still widely used in the treatment of B-cell lymphomas, but less so in WM because of adverse effects. These include fludarabine and cladribine, which are no longer recommended because of a low risk of developing second cancers. Better alternatives to these drugs are used instead. However, these drugs may be used to treat late-stage disease that has relapsed many times to try to induce a remission when no other options are available.

A chemotherapy treatment known as vincristine should not be used in WM because it tends to cause peripheral neuropathy. It is, however, included in the CHOP chemotherapy regimen, which is generally reserved for the treatment of transformed disease.

Information based on Fast Facts for Patients: Waldenström Macroglobulinemia (Karger, 2022). 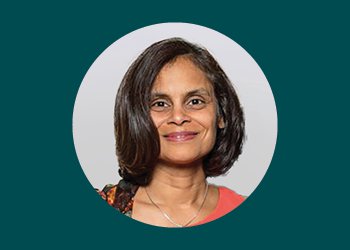